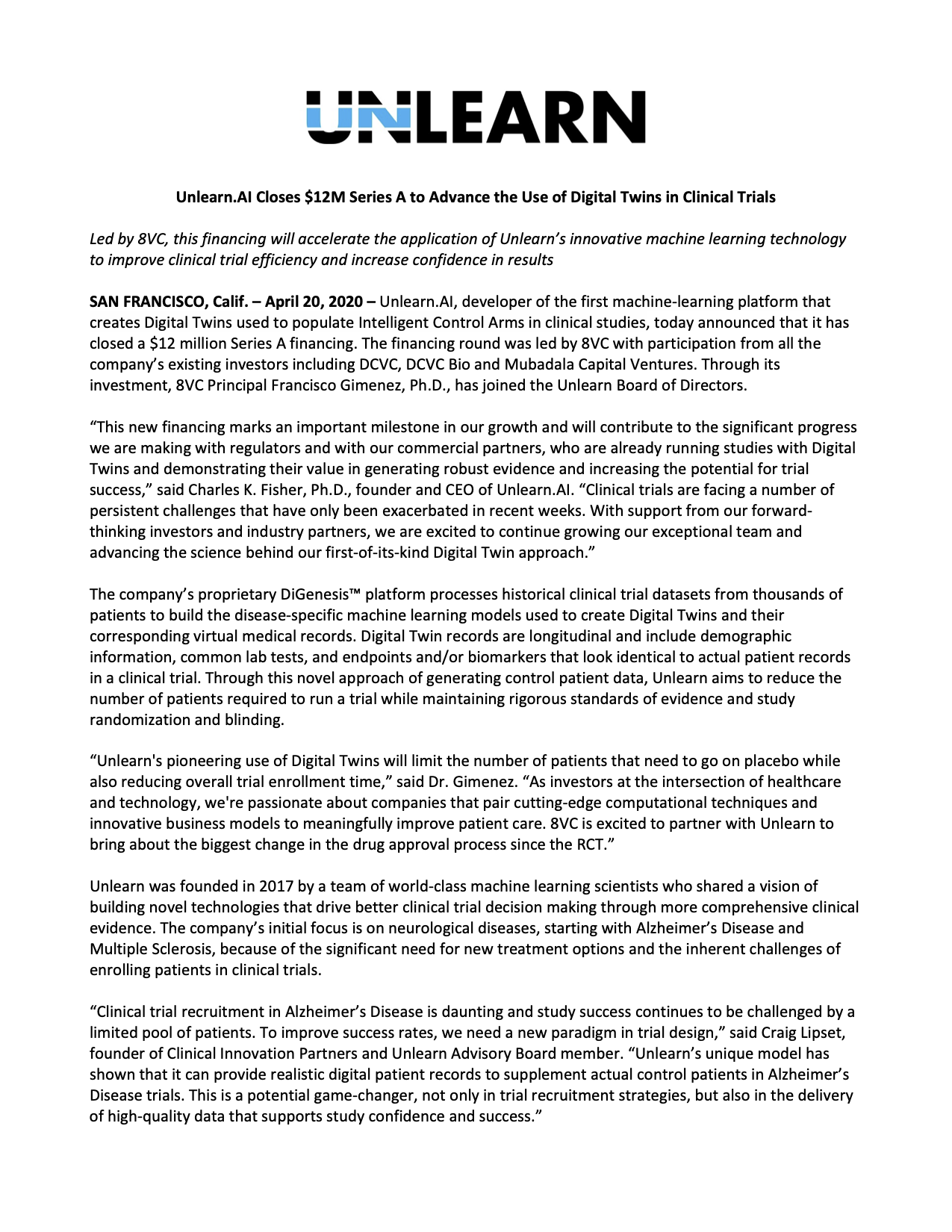 Unlearn.AI Closes $12M Series A to Advance the Use of Digital Twins in Clinical Trials

SAN FRANCISCO, Calif. – April 20, 2020 – Unlearn.AI, developer of the first machine-learning platform that creates Digital Twins used to populate Intelligent Control Arms in clinical studies, today announced that it has closed a $12 million Series A financing. The financing round was led by 8VC with participation from all the company’s existing investors including DCVC, DCVC Bio and Mubadala Capital Ventures. Through its investment, 8VC Principal Francisco Gimenez, Ph.D., has joined the Unlearn Board of Directors. 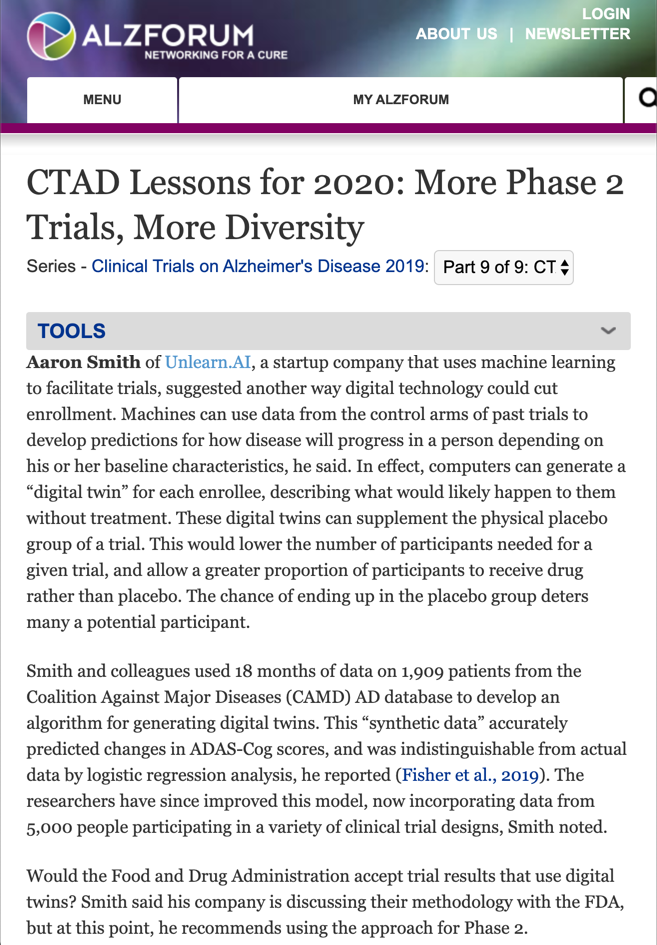 "Aaron Smith of Unlearn.AI, a startup company that uses machine learning to facilitate trials, suggested another way digital technology could cut enrollment. Machines can use data from the control arms of past trials to develop predictions for how disease will progress in a person depending on his or her baseline characteristics, he said. In effect, computers can generate a “digital twin” for each enrollee, describing what would likely happen to them without treatment. These digital twins can supplement the physical placebo group of a trial. This would lower the number of participants needed for a given trial, and allow a greater proportion of participants to receive drug rather than placebo. The chance of ending up in the placebo group deters many a potential participant." 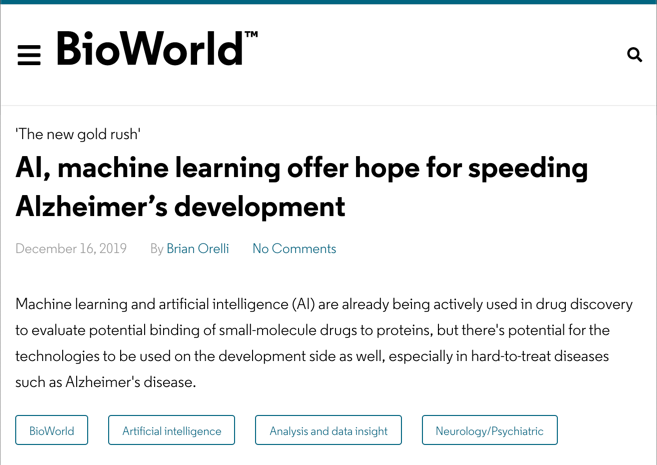 "Unlearn.AI Inc., of San Francisco, has developed a process to create digital twins of Alzheimer’s disease patients in the active-treatment group that predict how they would perform if they weren't given drug. The company's Digenesis process uses historical clinical trial datasets from patients who participated in the control arms of clinical trials to create the twins who are a mash-up of multiple patients in the studies."